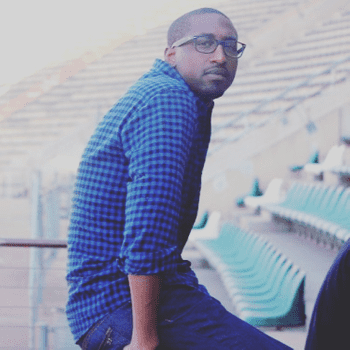 Champion Muthle is an award winning digital strategist, filmmaker and social entrepreneur. As a member of the Forbes 30 Under 30 Community, he’s shared the stage with human rights activist such as Malala Yousafzai and global business leaders such as David Jones, founder of One Young World.

Prior to starting a globally recognized charity organization, Champion helped develop the World Bank’s first open data Analytics platform. Later he spent a decade in advertising as a VP of Digital Strategy, Innovation & Analytics where he received over a dozen awards including two Cannes Lions, a Webby, and a Clio award. Champion has also worked on teams that have received McArthur Genius grants and his last startup received an innovation grant from the New Media Venture Fund.

Champion has been a contributing journalist and blogger for the Huffington Post, Global Voices, and his work has been featured in numerous media outlets, including The New York Times, ABC World News, the Sydney Morning Herald to name a few. He is a published co-author and contributed to the 2011 World Development Report on Global Conflict & Development. Champion has lectured at over a dozen forums including Columbia University, The UN Innovation Summit, and the State Department’s Tech Forum. He recently completed a manuscript on his work in social justice and civil rights space and is currently working on his third startup in the Creative Technology field.

Do you have questions for Champion Muthle?

Log in to ask Champion Muthle questions publicly or anonymously.

Anyone interested in working on Apps together? Looking for cool co-founders to partner with. LMK: champmuthle@icloud.com

Liked by Noel Lorenz and 1 other